The Teutonic Knights, situating their town, transferred some military models verified in the Holy Land. The town was surrounded by a double wall. Next to the buildings there was a high wall, behind it – a strip of free space called parcham, behind it – a short wall, and only further behind there was a moat. It made it impossible to conquer the town by digging saps. Parcham, on the other hand, allowed to light the fire along the walls, e.g. from the corners or from the towers.

There were also gates leading to town – which had, not surprisingly, the poorest quality in the defensive system. That’s why there was another set of gates in front of them, with two of which – the Old Town Gate from the west, and the Chełmińska Gate from the north – given additional barbicans. Although neither of them has survived and the old guiding rule says that we shouldn’t speak about the things we cannot see, let’s just mention that they were older than their famous cousins from Cracow and Warsaw.

Most of Toruń’s gates and towers can nowadays be seen only in archival pictures. The last quarter of the 19th century was a time when old fortifications used to be pulled down with no deeper reflection; they were treated more as stumbling blocks rather than historical buildings in our contemporary understanding. Among the gates to disappear were: Chełmińska, Old Town, Prawe Wrota, Łazienna, St. Catherine’s, St. Jacob’s, earlier: Paulerska and Kotlarska.

Today, the two gates which have preserved best are the Monastic Gate (Brama Klasztorna, also called Holy Ghost’s or Maiden Gate) and the Bridge Gate (Mostowa). There is also the Sailor’s Gate (Żeglarska), however, it was rebuilt to a large extent in the 19th century, becoming a wicket rather than an impressive tower gate it had used to be. During the city wall demolition, it was decided to leave the Vistula front side unharmed not to decompose the cityscape. Therefore, in order to feel the greatness of Toruń’s historical fortifications, it’s best to go along the south border of the city. The remains of some walls and gates scattered between them can also be found on Podmurna Street. 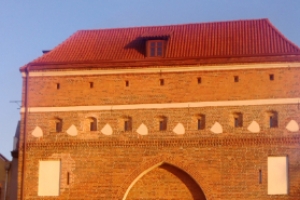 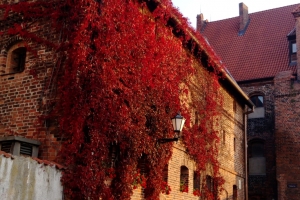 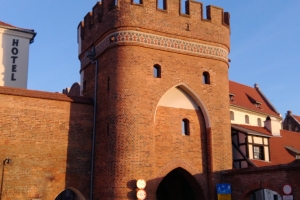 Our website uses cookies (so-called cookies) for statistical, advertising and functional purposes. Thanks to them, we can customize the site to your needs. Everyone can accept cookies or have the option disable them in the browser, so that no information will be collected.